The Medical University of Southern Africa (MEDUNSA) was established in 1976 to provide tertiary education and training facilities to the educationally disadvantaged in the fields of Medicine, Allied Health and Nursing Sciences, and Dentistry intended to meet the health needs of the country.

The Campus is situated to the north-west of Pretoria. Its grounds extend over some 350 ha adjoining the Ga-Rankuwa Township and are easily accessible by roads and rail. Regular bus and taxi services operate between Pretoria and Dr George Mukhari Hospital as well as between Mabopane and Medunsa.

The extension of University Education Act of 1959 made provision for the establishment of racially exclusive universities for black South Africans. Under the provisions of the Act, the University College of the North was established about thirty kilometres from the Limpopo Province town of Polokwane on 01 August 1959. The College was placed under the academic trusteeship of the University of South Africa. This formative relationship was maintained until the South African Parliament promulgated the University of the North Act (Act No. 47 of 1969) thus bringing to an end the College status as of 01 January 1970.

The University nestles in the foothills of the Hwiti (Wolkberg range) in Mankweng, midway between Polokwane and the spectacular splendour of Magoebaskloof.

People are also looking for: 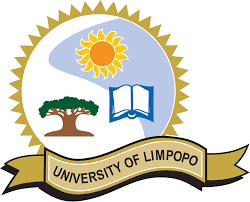 One of the best universities in South Africa is University of Limpopo. The university offers a lot of courses for...